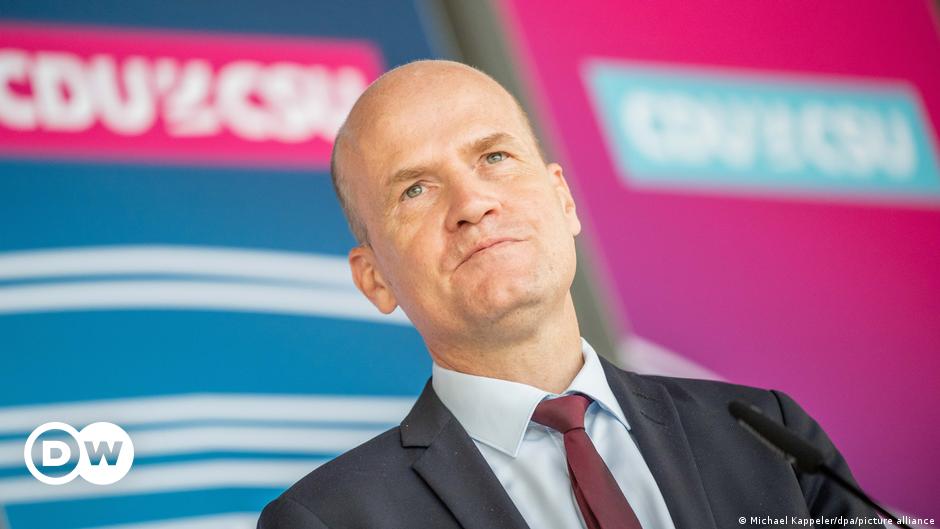 Re-election for just over six months was a compromise after the party fiercely fought for an extension. Usually, the chair of the parliamentary group is appointed for one year after an election by the CDU / CSU. The boss of the CDU, Armin Laschet, did not wish to commit to this period. One possibility was therefore to leave Brinkhaus temporarily in office for the time being. At the meeting, Union chancellor candidate Laschet and CSU leader Markus Söder finally proposed that Brinkhaus be elected for six months.

The re-elected group leader supported this compromise. It was about showing unity, Brinkhaus said after the meeting. But he will try to continue afterwards. His tenure officially runs until April 30, 2022. The fact that he remains in office for seven months in any case has “not been haggled,” Brinkhaus said, “but it has been rounded up.”

Later that evening, the group leader made it clear that the party leader would not apply for his post even after the seven-month period. “Armin Laschet will certainly not be a candidate for the presidency of the parliamentary group if we go into the opposition,” Brinkhaus said in the ARD “Tagesthemen”. He therefore does not consider himself as a “placeholder” on this post.

The reason the quarrel over the post is so hot is that the leader of the parliamentary group, as leader of the opposition, would play a central role in the Bundestag if the Union were to enter the opposition. The group feared that there might be opposing candidates and that the Union could paint a conflicting picture. There was also the question of whether Laschet would apply for this post after the formation of a federal government without the Union. Because he has already announced his retirement as Prime Minister of North Rhine-Westphalia.

“Don’t give up Jamaica so quickly”

At the constitutive meeting of the parliamentary group, Laschet admitted personal errors in the election campaign. He regrets it very much, he said, according to participants’ information. He also apologized to Union politicians who are no longer in parliament after the electoral defeat. Looking ahead to efforts to put in place a new government with the Greens and the FDP, he said: “Our offer for talks is ready”. The Union did not win the elections, but the situation was confused. Any democratic party must be ready to assume its responsibilities. Of the meeting, Laschet was quoted among the attendees: “Don’t give up Jamaica so quickly.”