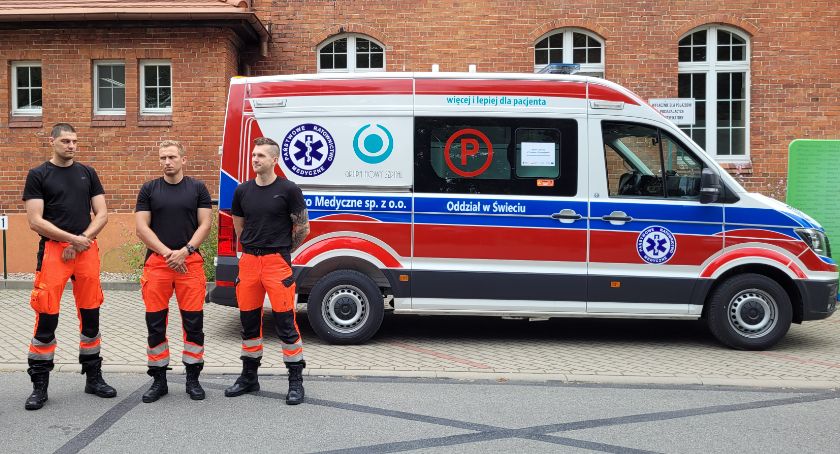 Paramedics are also among the protesting health workers across Poland. It was most felt by the residents of Warsaw, where medical helicopters instead of ambulances were sent to the events. Such situations did not arise in Świecie and the surrounding area, because the rescuers did not stop their work, but supported the protest and its demands.

– We are in talks with the hospital – says Paweł Weisbrot, rescue coordinator at the new hospital in Świecie. – No one is off duty or ambulances – he announces. 45 rescue workers work on five ambulances in Świecie. They talk to the authorities of the new hospital in Świecie about wages, work organization and changes they want to make. “We have achieved a lot in the past year,” says Weisbrot. – We have new ambulances, teletransmission monitors, chest compression equipment, a new ambulance station. We can easily train, rest and regenerate in the former headquarters of the State Fire Brigade – he adds.

There is also the issue of pay. All social workers work on contracts, ie everyone has their own company, pays ZUS and tax themselves. On average they earn PLN 25-30 per hour gross. – Until now we received a government allowance of 1,600 PLN gross, but it has been taken from June. Therefore, the nationwide postulates are such that there should be one stake at a decent, even level, without any additions – he adds.

What else do care providers expect? “First of all, we want to spend more on healthcare,” notes Weisbrot. – Basic health care is inferior, because GPs are full of work and we often close the gaps. The deadlines in specialist clinics are long, so sometimes people look forward to seeing a specialist and calling for help by dialing 112. We glue together an inefficient care system, which overloads the ambulances. We help where there is no mental health clinic, social centers, sometimes we resolve family conflicts, we go to lonely or homeless people, and yet we may be needed somewhere where there is an accident, stroke or bleeding. Resolving this issue requires system-level solutions. It is common for ambulances in other poviats to be occupied and we are referred to events in the poviats of Tuchola, Chełmno and Bydgoszcz – he adds.

The editors are not responsible for comments from internet users on the article:
Rescuers from Świecie want changes. – We glue the inefficient healthcare system – says coordinator Paweł Weisbrot.