October 19 events in Bologna and the surrounding area: “The Barber of Seville” in the Commune 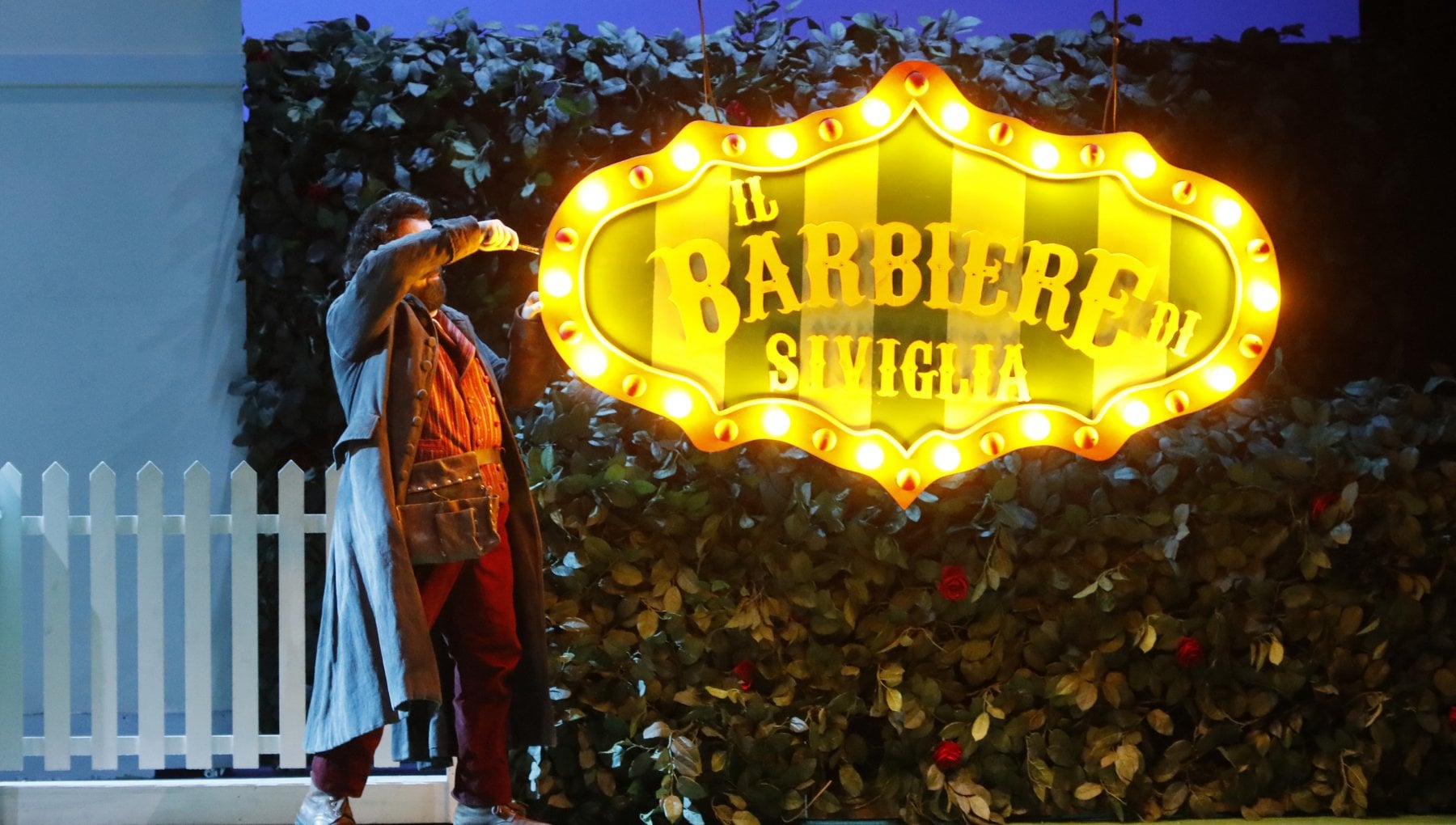 MANUELA COUSTER AND RAFFAELE CORTESI
Accademia Filarmonica, via Guerrazzi 13, 8.30 pm, entrance 10 euros
A refined tribute to Dante and poetic lyricism. This is the meaning of the new recital organized by the Association “Conoscere la Musica – Mario Pellegrini”, a musical event that brings the mezzo-soprano Manuela Custer behind the Two Towers, who is invited to play a duet with pianist Raffaele Cortesi.

EMILIANO PINTORI TRIO: CARTE BLANCHE
Bedivoli winery, via Mascarella 4 / b, 21.30, info 051265416
New appointment with Emiliano Pintori at the Bentivoglio Winery. In fact, he comes to the pianist of Bologna
trusted the “carte blanche”, the carte blanche, to propose a trio with piano-double bass-drums completed by
surprise guests.

SHOWCASE OF RANDOM NUMBERS
Circolo DEV, via Capo di Lucca 29 / 3G, 7.30 pm, entry is for AICS members
Club Dev hosts an evening entirely with the brand “Random Numbers”, a Bologna label that has been active in the production of electronic music for several years. The line up includes the live performances of “Polonius” and “Bear Bones, Lay Low”.

TEO CIAVARELLA & FRIENDS
Bravo Caffè, via Mascarella, 21.30, info 051 266112
The week of Bravo Caffè opens with the concert of an old acquaintance from the parts of via Mascarella. The well-known pianist, composer and conductor Teo Ciavarella, accompanied by some friends, takes the stage.

CLEOPATRA
Arena del Sole Theater, via Indipendenza 44, 8.30 pm, entrance 7-25 euros
Anna della Rosa takes on the role of Cleopatra from Giovanni Testori, bringing to the stage a heroine eternally suspended between irony and despair. It is directed by ERT director Walter Malosti, who thus proposes one of the masterpieces of his reference writer.

THE KURIOS OF SEVILLE
Municipal Theater, Largo Respighi 1, 8 p.m., info https://www.tcbo.it/
The season “Autumn at the Opera 2021 at the Teatro Comunale di Bologna continues with the masterpiece of Gioachino Rossini directed by the famous director Federico Grazzini. The comedy drama in two acts is directed by Piergiorgio Morandi.

MEETINGS
GUSTAVO ZAGREBELSKY AND VITO MANCUSO
Academy of Sciences, via Zamboni 31, 5.30 pm, information and reservations segreteria@accademiascienzebologna.it
As part of the “Confini” series of conferences, Gustavo Zagrebelsky presents his latest book, “Qohelet. The Question,” an opposite reading that “tries to be a little clearer in the powerful poetry of this revealing text.” talks to Vito Mancuso.

“THE REASONS FOR DOUBT. THE ART OF USING SPEECH »
Salaborsa Library, Nettuno Square 3, 6 pm, free admission
“Words are never just words, they carry with them different visions of reality, all our ambitions and certainties. “They can create conflicts and hurt, but if we learn to use them better, they can also create empathy and do good.” Vera Gheno talks about her book “The Reasons for Doubt. The art of using words “, with Francesca Santoro, a classical philologist with a pop soul and a journalist.

“MOM IS GONE”
Entrance point, via Mascarella 104 / A, 6 pm, free entrance
Elvira Vannini talks to Mariuccia Secol and Manuela Gandini, authors of the book “La mamma è Output. History of art and feminism “. The autobiographical volume traces the history of the first fermentations of feminist art in Italy through the political-poetic adventure of two artists, husbands, mothers and partners who in 1974 gave life to the “Feminist Image Group”.

“THE COUNTRY WE WANT”
Villanova di Castenaso, Flornova Garden Center, via Villanova 4/2, 6.30 pm, free entrance
Emilia-Romagna Region President Stefano Bonaccini addresses Castenaso Mayor Carlo Gubellini to present his book “The Country We Want – Ideas and Suggestions for the Italy of the Future”. The volume suggests a political reflection “that starts from the territory and looks at the country”.

PELLERGINI ROMEI BETWEEN THE FUTURE. SANTO STEFANO IN THE WORLD
St. Stephen’s Basilica, Piazza Santo Stefano, 7 pm, free entrance
The cycle of conferences dedicated to the Holy Land opens with a meeting organized by Fiorella Dallari, professor of political and economic geography and specialist in historical trails, pilgrimages, slow and sustainable tourism. The professor will portray the role of Bologna, a crossroads in previous centuries as well as today of important pilgrimage routes.

LANIAKEA + ENGINEERING
DAS – Experimental Arts Device, via del Porto 11/2, 6pm, free admission with registration in Eventbrite
“COLLAGEN – cultural proteins” presents the “LANIEKA – first study” of DNA (reflection in Danshari and minimalism as a need of the spirit and balance with the world) and “Machinic”, sound system for Corpo Performante and biophysical sensors.

“HELL”
Piangipane (RA), Teatro Sociale, via Piangipane 153, 21.30, entrance 15 euros
“Sousaphonix” by trombonist Mauro Ottolini, a small orchestra he used to surprise both the ear and the eye, offers a tribute to Dante and his Divine Comedy as part of the 48th edition of the Ravenna Jazz Festival.

ALPHABETS OF EMOTIONS
Scandiano (RE), Cinema Teatro Boiardo, via XXV April 3, 9 p.m., info https://www.cinemateatroboiardo.com/
Stefano Massini brings to the stage the power and fragility of the man painted “with the inspiration and fun of the passionate narrator”, proposing a deep and ironic journey at the same time “into the labyrinth of our emotion and emotion”